Graduated from School of History of Northwest University with a degree in archeology,
Li wenying has engaged in the archeological academic field in Xinjiang for over 20 years.
As the ViceDirector and a researcher of Xinjiang Institute of Archeology and Culture Relics,
she has been taken charge of investigating, excavating and researching numbers of ancient sites
such as Kizil Caves, Jiaohe ancient city, Yingpan Cemetery, Niya ancient site, Small River Cemetery, etc.
Her copublished books include The ancient corpses of Xinjiang,
The lopnor of China, A history of Chinese Silk, An introduction of art archeology on Silk Road, Carpets in Xinjiang, as well as more than 50 academic papers and reports.
Xinjiang, or ‘New Frontier’, was known in ancient times as ‘The West’. The region has always been a hub connecting people travelling across the Eurasian continent and the epicenter of cultural exchange between east and west.
Its unique geographic position, natural environment and culture meant that ancient Xinjiang culture was both distinct regionally, and incorporated elements from many other cultures;
ancient carpets excavated in Xinjiang demonstrate the same balance of independence and diversity.
With continuing archaeological work in the area in recent years, well preserved, colorful ancient carpets have surfaced repeatedly, filling in gaps in the historical record.
The main types of carpets, as well as methods of production, artistic style and cultural significance paint a picture of how early carpetsmaking in Xinjiang gradually developed by taking on and blending in the best art from other cultures.
Early Xinjiang carpets, with their dyed woolen knots, were copied in later carpets weaving for their craftwork and pattern layout, becoming works of art distinct to a specific era and with their own aesthetic value.

Decorum: Carpets and Tapestries by Artists 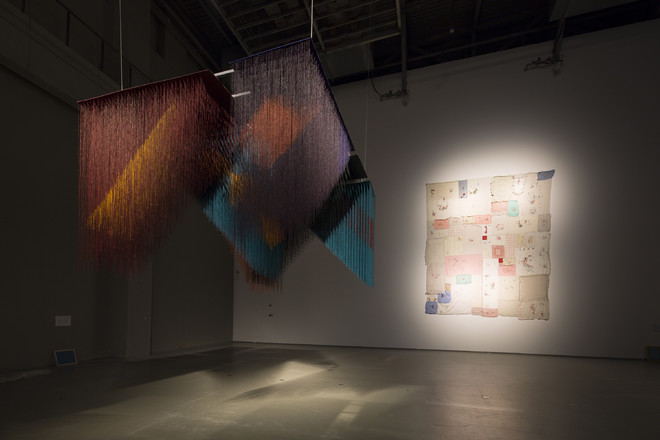 Decorum: Carpets and Tapestries by Artists