Since its inception in 2014, the Power Station of Art’s Emerging Curators Project has now grown to be the contemporary art museum’s annual academic undertaking, whose mission is to explore present-day meanings of art exhibitions as well as new possibilities of curation. In 2018, the project’s 5th edition received 61 valid submissions, which were reviewed by an international jury lineup in July – members of PSA’s Academic Committee, including Homi Bhabha, Chris Dercon, Donna De Salvo, Ding Yi, Fei Dawei, Feng Yuan, Gao Shiming, Gong Yan, Hou Hanru and Mark Wigley, as well as this year’s special guest judge Franck Gautherot took time to interview the young Chinese curators behinds the final 8 candidate proposals, and announced Bad Code (curated by Ningjue Lyu, Jingqiu Li and Xinyi Ren), A Tree Fell in the Forest, and No One's There (curated by André Chan and Jing C.Y. Chong) to be this year’s winning proposals. After four months of intensification and realization, the two winning curatorial plans will be officially unveiled to the public on November 2, 2018.

In an age of artificial intelligence and big data, the exhibition Bad Code examines the possibility of human-machine cohabitation with a bold, unique, and intellectual perspective seeking to re-discovers the intricate relations between art and reality. “This curatorial team presented the concept of ‘bad code’ as a way to rethink the human-machine relationship. They attempt to undo the binary opposition between human and machine by reading social-cultural-personal-institutional structures as coding systems and computational-data-machine structures as socio-biological systems. Binary opposition gives way to the idea of ‘cohabitation’ where the elements are so entangled with each other that no clear lines can be drawn,” noted Mark Wigley.

The other winning proposals, A Tree Fell in the Forest, and No One's There, reinvestigates the connections between the world of perceptions and the world of reality in this completely new world. It uses artists’ perspectives to reconstruct perceptions and experience and extend individualized senses and experience to deeper-level aesthetic categories and social responsibilities. Homi Bhabha commented: “This curatorial project connects crucial issues of culture perception, artistic interpretation and institutional development. How do we measure the aesthetic and ethical value of the artists’ relation to the external world which is always an ongoing performance between the creativity of the artist and the new objects that emerge through the interaction? This is as true of the aesthetic enterprise as it is crucial to the construction of the world’s ecology and cultural evolution.”

Throughout its continuous self-renewal-and-expansion, the Emerging Curators Project has, in its five-year history, supported more than 30 Chinese curatorial talents to realize a total of 14 exhibitions, and has teamed up with a number of universities and cultural organizations around the world to host touring events. During the “Emerging Curators Project 2018” exhibition, PSA will hold a special event to commemorate the 5th anniversary of the “Emerging Curators Project”. Through the incorporation of literature, documentaries, and publications, it seeks to trace back and sort out the process of the project and the young curators involved as well as provide new vision for future exhibition planning and artistic language.

Having graduated from the Tsinghua Academy of Arts and Design and currently pursuing a Masters degree from the School of Visual Arts in New York City, Xinyi Ren is a curator and writer based in New York City. Her main research directions include new media art and post-Internet art.

Bad Code is a new media art exhibition that examines the cohabitation of human and machine in the post-Internet age, taking the concept of “bad code” as its starting point to discuss the various possibilities posed by this idea that strides between practical tool and mutating virus. It consists of two parts, one internal and one external – the external layer looks at the “bad code reality” by presenting artworks that use programming languages or new media plans to reproduce or involve the world, while the internal layer focuses on the “real bad codes” that collectively form a space of absurdity to resemble “bad codes” in our real life.

Set against the backdrop of big data and artificial intelligence, the exhibition attempts to question the relationship between human beings and code in an age where machinery and algorithms are omnipresent, by utilizing tricks with space setting and artwork presentation. It also believes that bad codes are not just virtual goblins that hide behind screens, but rather a phantom that has long penetrated our “reality.” The twisted attachments that are exclusive to our post-internet age fill the spaces like code smells.

It is noteworthy that Bad Code is not another paranoia-driven fantasy of a digital dystopia. Rather, it looks at its surrounding world with a detachment that comes close to indifference, and ponders on the new rules that this world provides. Eventually, Bad Code poses a question to all artists and viewers: what is the form of art or language that can hack into this world’s neural center like a virus in a computer? 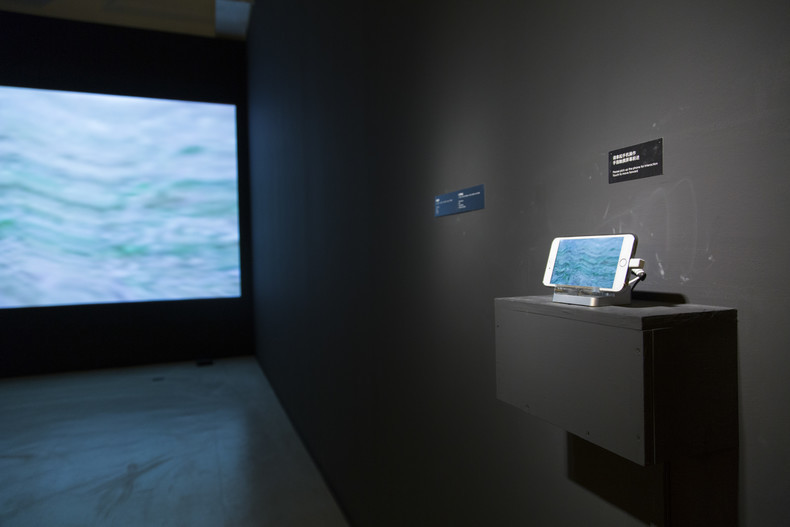 Following his curatorial studies and East Asian studies in London and Toronto respectively, André Chan has worked in a number of international galleries such as Hanart TZ Gallery and produced various exhibitions around the world including The World of Luis Chan at the Shanghai Art Museum. As an independent curator and writer, his work is now focusing on artists’ practices and contemporary city issues. Chan was recently nominated as an Emerging Curator by Hong Kong’s Para Site, where he curated exhibition Kotodama.

Currently an arts administrator and curator, Jing C.Y. Chong has been working in several art institutions and galleries including the Museum of Contemporary Art, Taipei, a.m. space Hong Kong and other projects. She is now at the Hong Kong Arts Centre, taking charge of visual arts exhibitions and programs as well as planning and executing cross-disciplinary projects.

The exhibition title, A Tree Fell in the Forest, and No One's There, originates from an ancient philosophical conundrum – does a world exist beyond what we can observe? Western sages have attempted to differentiate an observed reality through our senses from an unobservable actual reality, proposing that the world is merely the sum of perceptions available to us, instead of the totality of the material noumenon. In comparison, quantum physicists utilizes Schrödinger's Cat to refer to the relations and entanglements between actual reality and human perceptions, suggesting that everything in the physical world and their motions stem from the collapse of possibilities. It’s just like the condition of the cat is neither dead nor alive until the box is opened – however, upon opening the box, it can only be dead or alive, thus two speculated possibilities collapsing into a singular fact. While we are unable to learn about the world beyond our perceptions, artists function as the “path in the forest” that leads us to know this world, as they help us break the superposition of things to see a world of certainties.

Artists reflect the manifested objects (phenomenon) they personally observe in their art practices, which in the process reiterate the way they understand the world. The resulting works are the product of the linkage between personal cognition and reality and thus demonstrating the artists’ system of thinking and expression. Whereas, artworks are the linkage between the audience and the artists – in the exhibition, artists demonstrate the different faces of transforming objects into art, or question the boundary between reality and virtuality, or explore and criticize their own experience as an individual or an artist.

The prevalence of Internet technologies are allowing us to view art through a myriad of social platforms – in either exchange spaces fostered by social media or virtual spaces created by VR technologies, although we easily lose or neglect our physical presence. Therefore, this exhibition seeks to emphasize the importance of the presence of the audience. And by combining the works of the artists and scenography, it constructs a journey of a shared reality and knowledge recreation, while reiterating and retracing the importance of in-situ audience-ship in contemporary art. 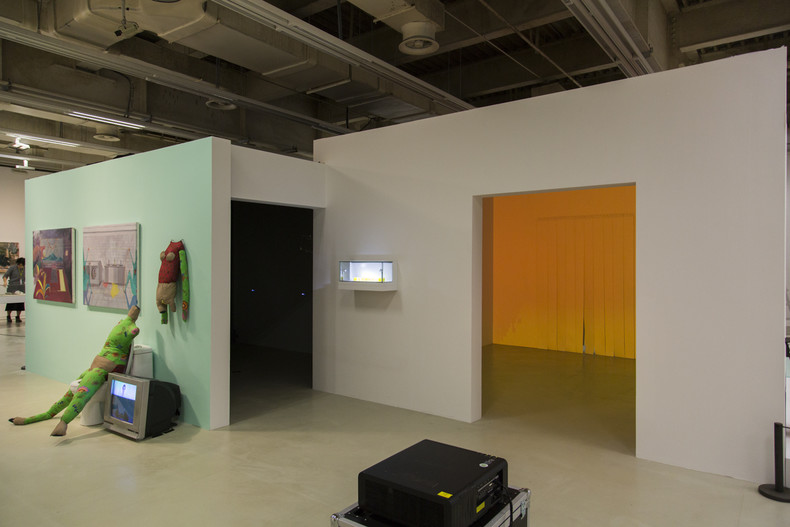