Prior to the grand opening of the 13th Shanghai Biennale “Bodies of Water” this fall, the Power Station of Art is going to hold “Shanghai Waves: Historical Archives and Works of Shanghai Biennale” from July 31 to November 15, 2020, representing more than sixty works by 51 domestic and foreign artists and groups, including paintings, installations, videos, etc. Most of these exhibits are from the collection of previous editions of the Shanghai Biennale held in the China Art Museum,Shanghai and the Power Station of Art. The exhibition is built on two cross-referential documentary threads, which serve as the development course of the era linked up by major events, and personal objects, photos, materials and other documents at the courtesy of many artists. By converging personal memories into a historical narrative framework, the exhibition shall present the history of the Shanghai Biennale with feelings and evolutions, in order to inspire and enlighten viewers by revisitng the past and considering the present in the post-pandemic period when they are forced into a slowdown and standstill.

History and Evolution of Shanghai Biennale

Founded in 1996, the Shanghai Biennale has become one of the most important international art biennales after 24 years of academic persistence by generations of art museum professionals. It is not only a biannual international art event, but also an important source of urban renewal and cultural production in Shanghai.

The initial intention of the Shanghai Biennale was very simple, that is, to build a platform for Chinese artists to effectively communicate with the world, and to open a window for Chinese audience to understand the world's most cutting-edge artistic thinking and creation. Fang Zengxian (1931-2019), initiator of the Shanghai Biennale, wrote in his word to the first Shanghai Biennale, “China should have its own international art exhibition. In order to achieve two-way selections and equal exchanges in a real sense, it is a noble ideal of art, and also the only way in history.” The 1st Shanghai (Fine Art) Biennale “Open Space” mainly displayed easel paintings by domestic painters, and many of them applied mixed materials to experimental artworks. In addition, the exhibition featured the installations by Chinese artists Chen Zhen, Gu Wenda, and Zhang Jianjun, who are active overseas.

The Shanghai Biennale encompasses a rich variety of themes. In 2002, the 4th edition “Urban Creation” described the current development of new urban architecture in China and the lifestyle of urban residents. In 2004, the 5th edition “Techniques of the Visible” was dedicated to introducing the image technology in visualization, as well as the multiple relationships between technology and humanities. In 2006, the 6th edition “Hyper Design” took off from design to reduce opposition between art and practicality. In 2010, the 8th edition “Rehearsal” observed the Expo host city Shanghai from the perspective of the “Expo Theater”. “Rehearsal” is an experiment conducted to discover multiple possibilities at this moment, and to build the Biennale Theater into a multi-domain and cross-media public scene. The exhibition theater has become a multi-domain and cross-media public scene. The Shanghai Biennale Exhibition has now become a platform for interdisciplinary collaboration and cross-media dialogue. The topics and impacts involved have radiated to wider domains such as urban studies, philosophy, sociology, and anthropology.

Shanghai, an international metropolis that took the lead in embracing modernity, provides the Shanghai Biennale with a fertile soil for organic growth, and constantly motivates curators and artists to think. In 2000, Hou Hanru, co-curator of the 3rd Shanghai Biennale “Shanghai Spirit”, believed that the core of Shanghai spirit lies in its “cultural openness, diversity, hybridity and positive innovative attitude”. This biennale regards the development process of Shanghai as a unique modernity and explores the cultural positioning of contemporary cities in the context of globalization. In 2008, the 7th Shanghai Biennale “Translocalmotion” focused on “people”, who are workers, migrants and residents in this rapidly developing city. In the main project, the exhibition invited about 20 domestic and foreign artists to conduct field research on the iconic “People’s Square” and take it as a starting point for creation. In 2014, the 10th edition “Social Factory” shifted its attention from Shanghai’s social phenomena to the core of its modern social structure. In 2018, the 12th edition borrowed the word “Proregress” from the American poet e. e. Cummings and ancient Chinese mythology to look into the relationship between the world’s faster growth and artists’ creative practice.

The Shanghai Biennale has been actively interacting with the city where it is staged, tapping into the hinterland, and moving the exhibition space to streets and alleys. In 2012, the 9th edition “Reactivation” initiated the City Pavilion project, inviting more than 30 cities from all over the world to participate in the exhibition, and distributed their masterpieces to historical buildings along the Waibaidu Bridge—Yuanmingyuan Road—North Sichuan Road—East Nanjing Road. In 2014, the 10th edition “Social Factory” continued the concept of City Pavilion for the exhibition “City Workshop”. It selected the cultural and commercial representative “Huaihai Road” and the extended public space as a subvenue of City Pavilion, artistically activating the most dynamic art corridor in Shanghai. In 2016, the 11th edition “Why Not Ask Again” lasted for three months, when it discovered and observed personal stories in the City Project “51 Personae”. In 2018, the 12th Shanghai Biennale “Proregress” created various sections such as “City Exhibition Hall”, “City Cinema”, “City Archaeological Team”, which provided the public with a unique life perspective and further explored the distinctive humanistic charm of Shanghai. 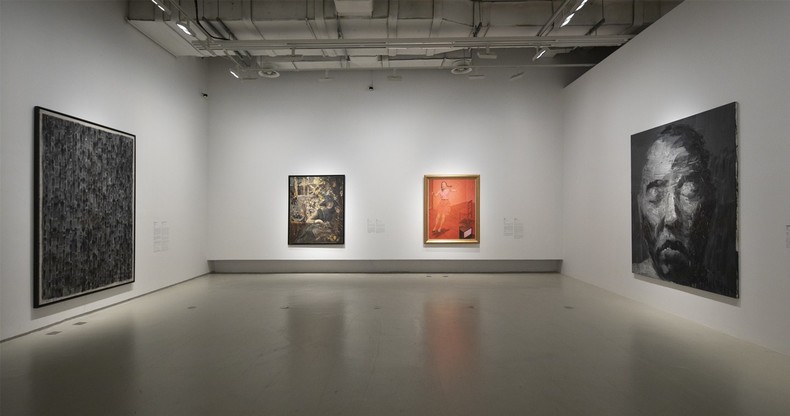 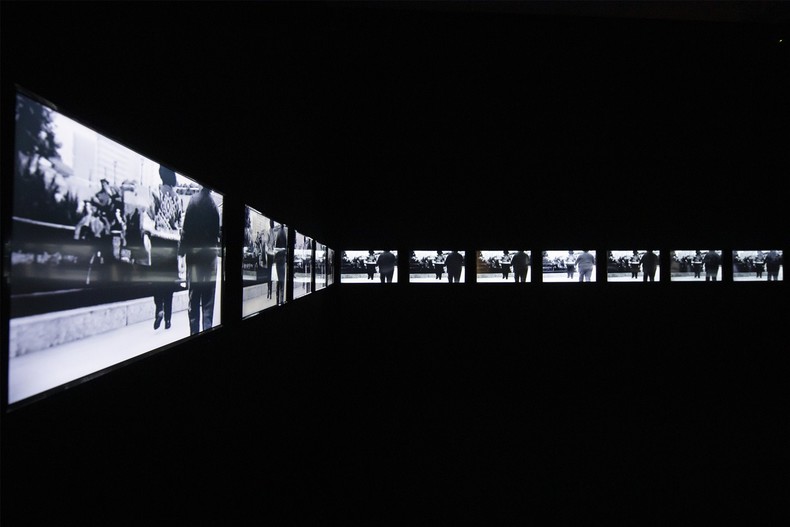 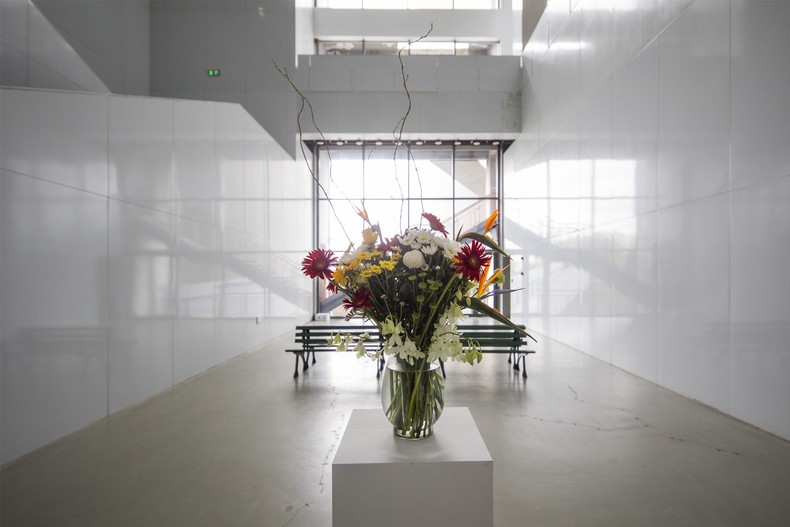 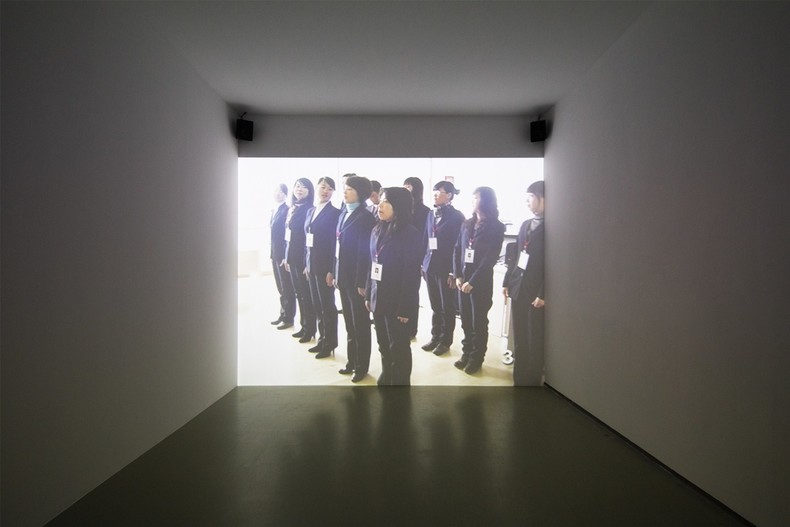 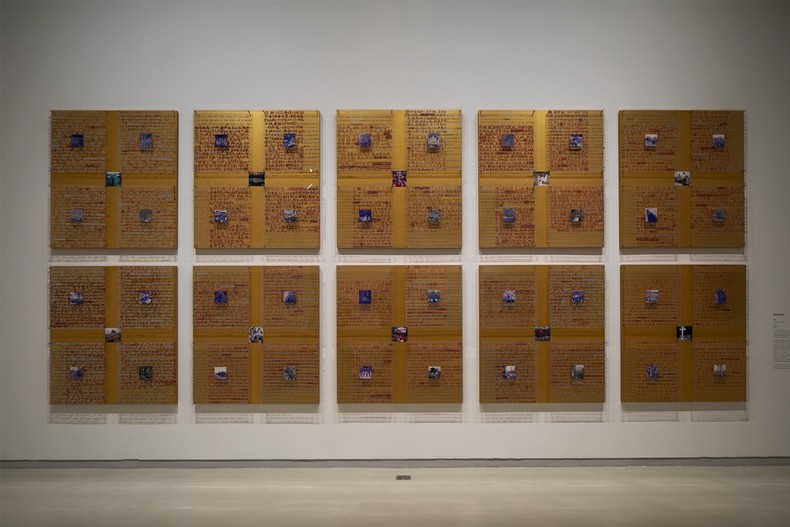