The Emerging Curators Program is a brand-new exhibition project launched this year by the Power Station of Art (PSA), aimed at supporting outstanding young Chinese curators both at home and abroad. From their perspectives, it expects to showcase young Chinese artists’ latest visual art achievements as well as improve the ecological environment for China’s contemporary art. The program solicits curatorial plans through online contributions, and after PSA’s Academic Committee picks the top three winning plans, they will be given financial aids so that these plans can be turned into reality at PSA’s exhibition halls.

Launched in Feb, 2014, the first “Emerging Curators Program” has run for five months to date. After a fair, free and open two rounds of voting, the three winning individuals / teams were announced on July 3rd:

Dinghai Qiao locates at the north east of Shanghai, edge of the historical industrial area since late 19th century. It is a leftover of the proud, the stress and the depression of the Shanghai workers, not yet dislocated but economically deprived and psychologically neglected by time and history. Constructed by generations of migrants who escaped the crisis in rural China for work in Shanghai, Dinghai Qiao has been growing on colonial and socialist housing, as well as legal/illegal housing constructed with their own hands. When a history that was said to be made by the workers is now lost in myth, to re-imagine a past thus to make a move into a future (although in most cases, a borrowed capitalist future), becomes an unconscious current undergoing their lives.

For a community that contributed to the cultural revolution by proposing violent struggles within the working class (1960s-1970s), and later, violence within the jobless (1970s-1980s), followed by speculations and laid-off workers(1990s onwards), the ‘troubles’ they caused can hardly be settled until the arrival of capitalism. Discriminated by other ‘proper’ Shanghai communities, they persist their language, lifestyle and character by constant rebels. They haunted the settled values and proved them paradoxical, only that they haven’t been listened to and are gradually losing some of their words.

The PSA exhibition will launch this one-year project. The exhibition will present nine works based on primary studies on the neighborhood, which serves as initiators. Alongside, four workshops (participated by people from different fields) will shift and present themselves throughout the exhibition, exploring different angles inserting different levels of the community. A private house (252 Dinghaigang Road) was rent for one year. It serves as a stop-by and a meeting station, an information exchange hub and an event venue for the neighbors.

Art here is more a position than a method through which our engagement with Dinghaiqiao can be called a practice. Works based on observation, interviews, archive studies and visual/linguistic representations will all serve as invitations to refresh different affections and recognitions that are core to our ways into a history, thus, present and future. Finally, the participants of this project can no longer escape Dinghai Qiao, as they cannot escape themselves.

This leap is Another Leap.

Compared to “Great Leap Forward” implemented by the Communist Party of China in 1958, and “One small step for a man, one giant leap for mankind” by Neil Armstrong of Apollo 11 moon landing in 1969, Another Leap is a tiny, intensive, and bottom-up leap. It is a series of collective actions based on individual will. It is a direct practice of “two heads are better than one”, an empirical iteration of “1+1>2”. It is a collective leap forwarded by many minds and many hands.

Globalization and Internalization since 1990s provide three theoretical and practical foundations for Another Leap: the popularization of digital devices, the explosion of social network and mobile Internet, and the new paradigm of economy and production. Sharing and crowd sourcing advocated by internet protocol make it possible to liberate oneself from mass production of economy of scale, to contribute individual effort while enjoy collective fruits, and to practice beyond the given identity and discipline.

Another Leap manifests itself as a critical response to the instrumental digitization emerged in architecture and art since 1990s, for it narrows our thinking and practicing to tamed instrumentalism. With participants including artist, architect, designer and engineer, Another Leap delivers a pragmatic implementation beyond any form of instrumentalism, an interdisciplinary thinking-doing across politics, economy and geography, and an unknown (de-) ideology that leads us forward.

Another Leap is not just another leap. 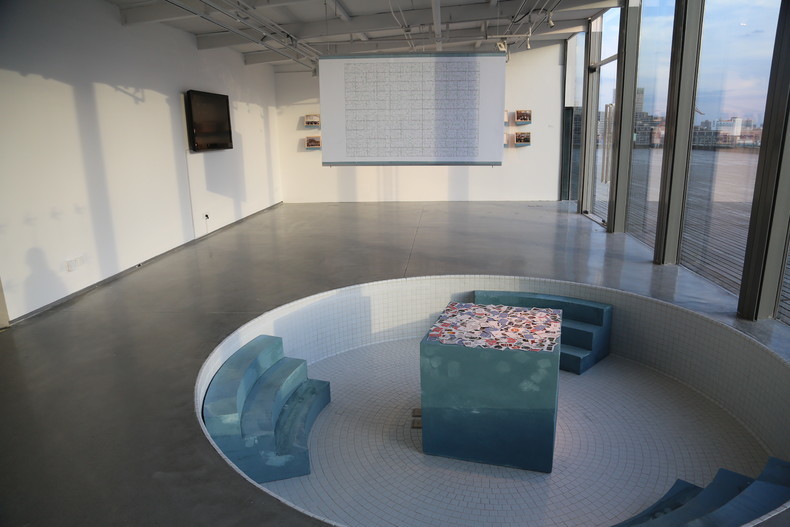 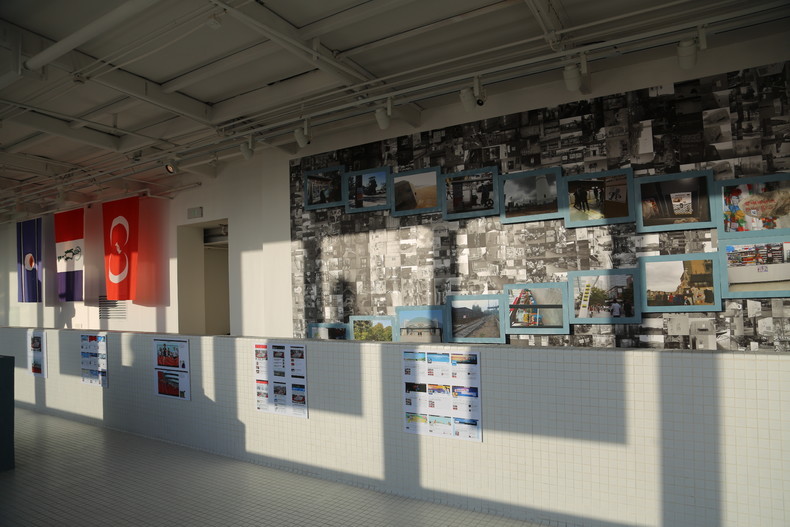 Taken in its initial sense, the word Gaia refers to the ancient Greek Earth goddess of that name, one among the earliest recorded of creation spirits, paternal grandmother of Zeus, herself created by the God of disorder, Chaos, and at whose fingertips the God of the sky Uranus came into being. However, the term has since been appropriated by a number of twentieth century thinkers to refer to a complex entity distinct from general ideas of Earth or the political-economic notion of a Globe. Here, instead Gaia delimits a hybrid concept that consists of elements sourced from various fields including geography, philosophy, sociology, theology and so forth.

This shift heralds the advent of a new world view: itself a symptom of a truly homogenised globalization. Here, there is only one circumstance that can bring (a social corpus that might be referred to as) “Us” or “We” to manifest as a unified whole, namely, this collective pronoun’s being considered a species. When we bring to issue for instance matters of climate, outer-space, the natural environment in general or a particular race’s relative continuance or demise, i.e. matters that engage “the human species” as a whole, “We” have no choice but to place ourselves on a level with other animals in a position that is no longer that of an overlord.

Given the premise of mankind’s species-dom, it becomes possible to decipher the more often than not illegible process of inscription animals have engaged in upon the surface of the earth throughout a history during which animal kind has often been taken as a vessel or medium for intellect. Moving across the globe, one finds they have even become our measure for things: the horse, a gauge for distance; the eagle, for estimating height. In the Bible, flocks of the faithful are compared to those of sheep. In its classical form too, the optimal value judgements of the Chinese language including the characters for what is beautiful, good or just, are all ascribed radical components derived from the pictogram for this same animal. Today however, occupying a present wherein historical perspective takes in the likes of Dolly and her clone descendants, how are we supposed to assess the proper significance of such things?

Nonetheless, during Chinese antiquity, it was precisely from the tracks of animals and birds that the “script (and) writing” of the nation was developed. This itself provides an analogue for those resplendent, Gaian tales of ancient Greek deific union. In the annals of Chinese historic folklore, it was said that when Cang Jie (legendary originator of the Chinese script) determined the forms of written characters, “creation could no longer hide its secrets… Supernatural beings could no longer hide their shapes”; the situation progressing to such a degree that “Showers of grain fell from the sky (and)… The demons howled at night”. [1]

The key issue for us today is therefore whether or not we can foster once again in ourselves the capacity to rediscover our script (and) the constituent units of our collective lexicon. Are we capable of re-writing our legends? Creating for these “Memoranda”? What we are facing cannot be accommodated by any simple, unitary system. What really counts here is being able to acquire novel means for self-appraisal; adopting new narratives to develop a series of dramatic propositions.

From this, we ask if it’s possible for an exhibition to be alike in any way to a “ceremony” or “rite”? Not in the sense of its assuming anything like ceremonial content, but rather “diagramatically”, or as a place for manifesting, ushering in, and thereby reapportioning to ourselves what we once possessed via ritual, namely, something “mystic”, itself at the same time a kind of “collective” force.

This is in a way analogous to the manner of Zarathustra perceiving in the serpent and the eagle the “eternal return” and the “Ubermensch”. Here, the curatorial team propose to engage with the artists in devising new “traces” and “symbols” (in the manner of “characters” and “words”), taking the archaic to intersect and preserve the unfamiliar, fathoming what is “sacred” or “mystical” and - regardless of form and by way of whatever medium or author - reaching up to the level of the metaphysical. Suppose we were to be left with an Earth equivalent to the figure 0. We ourselves would be reduced to the same. How would we engage in creation? How would we carry on? Whatever the answer, from inside the borders of this 0, it is nonetheless still possible for us to bring about generative forces from within. Here, the model of the “Memorandum” prizes open just such a “0-Space”. 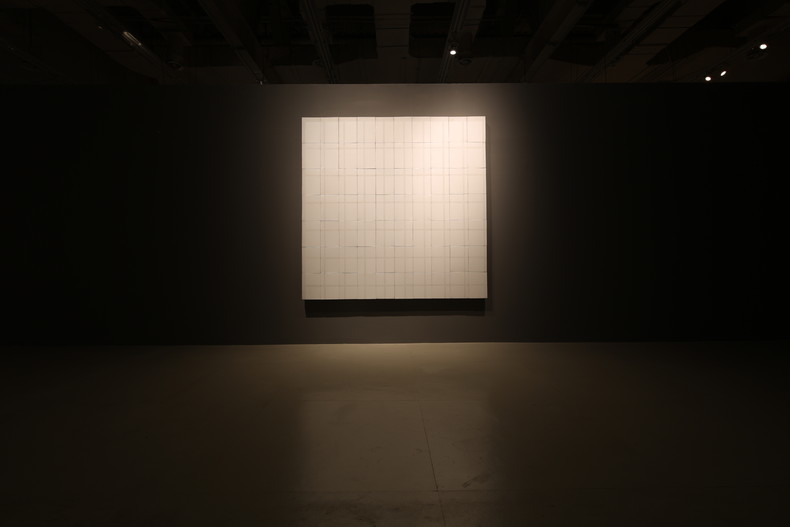 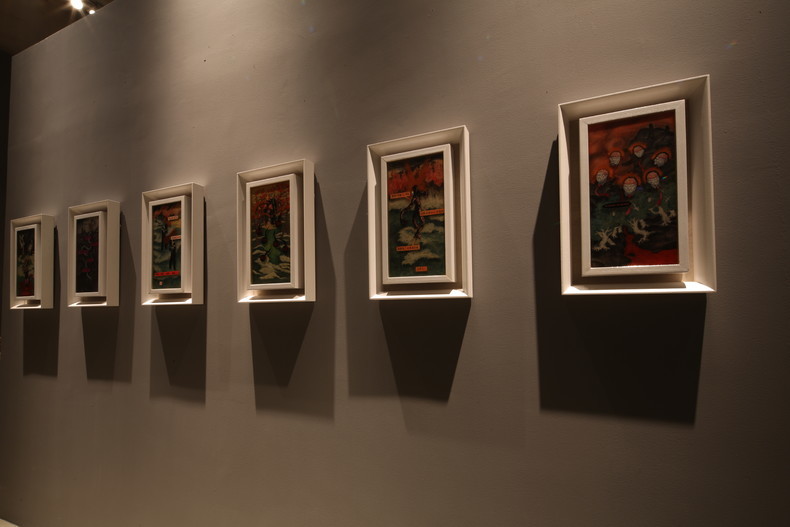 Chen Yun   Born and raised in Shanghai, Chen Yun studied Journalism at Fudan University and received her MPhil degree in Communications at The Chinese University of Hong Kong. She has been working for contemporary art institutions since 2007 in Shanghai and Beijing. After a two-year stint as assistant curator for art and education programs at Ullens Center for Contemporary Art in Beijing, she moved to Shanghai in 2009. In March 2010, she joined the West Heavens cross-cultural exchange program as a researcher and project manager. West Heavens was awarded the Asia prize for Project of the Year 2013 by The Art Newspaper.

PU Hong   An art critic and curator. He holds his Bachelor and Master of Fine Arts degree at the Department of Art History at Tsinghua University. He currently lives and works in Beijing. He once worked at Studio-X Beijing, Graduate School of Architecture, Planning and Preservation, where he assisted the architects and professors from GSAPP in promoting the architectural programs in China. He was a visiting scholar of the School of Art & Visual Studies at University of Kentucky (Lexington, USA), a panelist in the Focus China symposium of The Armory Show 2014 (New York, USA), one of the jury members of The Cromer Foundation for Chinese Contemporary Art (London, British/Xi’an, China) in 2014. Selected exhibitions he organized include China Newsroom: Chinese Architecture Magazine Week 2013, 2013, Studio-X Beijing, Beijing, China, From University to Universes: Fresh Vision2013, 2013, OCT-Contemporary Art Terminal, Shenzhen, China. His essays have been published broadly on LEAP, ARTFORUM, Art World Magazine, and the catalogues at Ullens Center for Contemporary Art (UCCA), OCT-Contemporary Art Terminal (OCAT), etc.